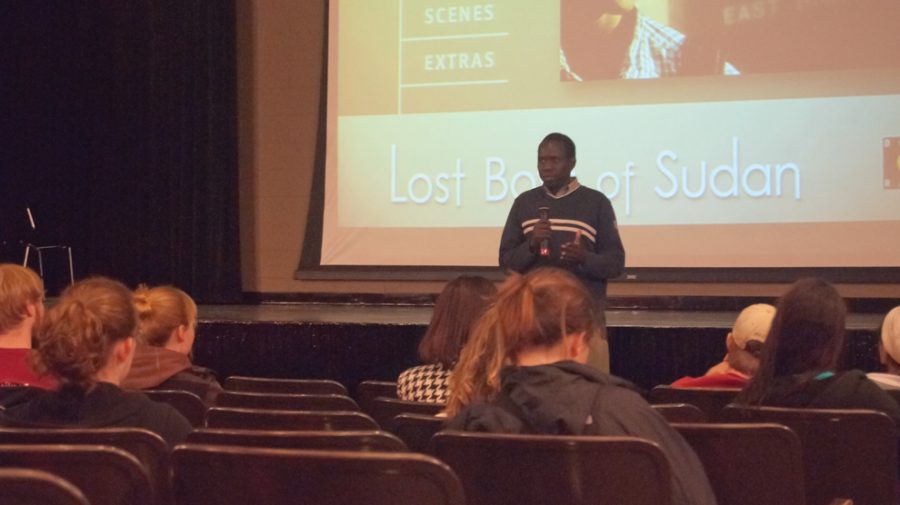 Victor Deng is one of 4,000 young orphans who came to America in 2001 to escape from the civil war in their homeland of Sudan. Monday night, Deng shared his personal story and offered his encouragement to other young people at the Ferguson Theater’s showing of “Lost Boys of the Sudan,” a documentary about the 20,000 Sudanese children who lost their parents in the civil war.

“I stayed in Atlanta for two years before I came to Birmingham,” Deng said.

Deng said the language barrier was the most difficult part of coming to the U.S. even though he knew some English.

“It was a big culture shock to me,” Deng said. “When I was in school in Kenya, I could speak some English, but when I went home I had to speak in my native tongue.”

Deng said being the only Sudanese person in Birmingham made him feel lonely and was the only thing he didn’t like about being in Alabama. However, he said he found something he enjoyed that he never got in Atlanta.

“One thing I like about Birmingham is that it’s smaller than Atlanta,” Deng said. “It is quiet here and the people here are so friendly.”

Deng said he plans to go back to Sudan someday to take what he learned in America and use it to help his people in his village.

“If Sudan becomes a nation, I need to go integrate my people,” Deng said. “The first priority when I go back is to open my own business and hire Sudanese people so they may have jobs to support their families.”

Recently, the Sudanese people voted in a referendum to make southern Sudan a separate nation and end the 21 years of war that has devastated millions of Sudanese. This will give Deng the opportunity to go back to his country to help the people he left behind.

Deng said he hopes the film shows American youth that if they want something bad enough, there is nothing that can stop you from reaching their goals. Deng’s life has seen change in Birmingham. He is now 23 years old and married to a Sudanese woman. They have a baby girl.

“The thing I want [young people] to learn is to never give up,” Deng said. “Life is full of challenges, and they have to be committed to face these challenges.”