FDA cracks down on e-cigarette ‘epidemic’ 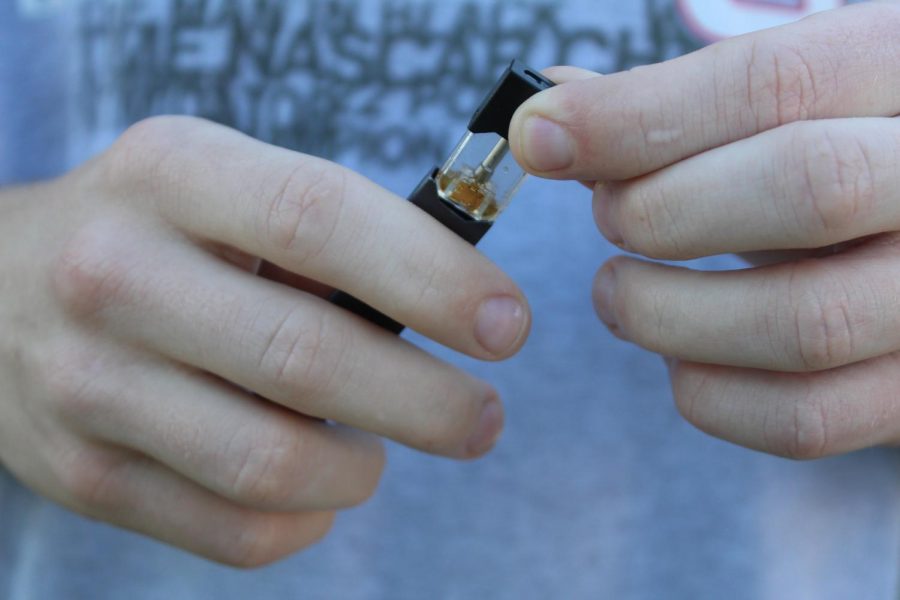 Molly Richardson works at Royal Tobacco & Vape Outlet in Hoover, Alabama. Due to the store’s wide variety of products, Richardson, a junior majoring in psychology and criminal justice, interacts with different customers on a daily basis, including college students.

Richardson said whenever she sees someone who looks like a college student walk through the door at work, she expects them to ask for Juul pods, and most of the time, they do.

Juul is a brand of e-cigarettes providing starter kits which include the device, a charger and four different flavors of pods — tobacco, mint, mango and creme. The device is lightweight with no buttons or switches and does not produce ash.

In Alabama, people must be at least 19 years old to buy tobacco. The store has a sign on the front door indicating the law.

Richardson said there is also a sign that says police will be notified of fake identification. She has had to deal with people as young as 16 who have tried to buy Juul pods with a fake ID.

She said she was astounded when an underage customer ignored the store signs and used his fake ID to try to buy mango Juul pods. Her manager decided to make an example of him, taping his ID to the front of the register under a sign reading “FAKE.”

Richardson said this wasn’t the first fake ID her store has confiscated, and she is certain it won’t be the last.

“The FDA is tackling Juul because the company has clearly cultivated a youth market but also because the FDA can’t really do much about Marlboro – because cigarettes were grandfathered into the bill, signed by President Obama in 2009, that gives the FDA regulatory authority over cigarettes,” said Dr. Alan Blum, professor of family medicine and Gerald Leon Wallace M.D. Endowed Chair in Family Medicine at The University of Alabama.

Juul is dominating the e-cigarette market, with sales adding up to $1.29 billion in the past year. The total sales of e-cigarettes are $2.31 billion, according to CNBC.

“Juul is an independent company that took off in 2015,” Blum said. “It has taken market share away from the e-cigarette products made by the cigarette companies, notably Philip Morris USA’s MarkTen, which resembles a cigarette, complete with a tip that glows when one inhales. It’s not a big seller.”

When Juul users need new pods, they can stop by a gas station or vape shop and buy more.

Richardson said the issue with e-cigarettes is third parties buy from the companies in bulk and then sell them to children as young as middle school age.

“E-cigarettes were developed with the intention of helping adult cigarette smokers quit smoking, but the big problem is how these companies target kids as young as middle school age, getting them addicted and subsequently controlling an entire generation and building their customer base for life,” Richardson said.

FDA Commissioner Scott Gottlieb announced the potential ban of e-cigarette products such as Juul in a public release statement Sept. 12.

On Sept. 20, the FDA considered a fast-track review to prevent underage e-cigarette use. Something the FDA is looking to prevent is bulk straw purchases – when a person who is of legal age buys Juuls to sell to underage people.

In the public release, the FDA said it is willing to use its civil and criminal enforcement tools to deal with the underage e-cigarette epidemic if need be. Juul, along with four other e-cigarette brands, must explain how it will prevent teen addiction to the FDA within a 60-day window.

“Industry must step up to this challenge,” Gottlieb said in the public statement. “The companies selling the brands that resulted in the most illegal sales in our enforcement blitz have 60 days to respond with forceful plans of their own or face regulatory consequences.”

Juul is advertised as an alternative to smoking cigarettes, however, it does not advise nonsmokers to use the product. According to Juul Labs’ website, as scientists and engineers, they believe vaping positively impacts smokers but can have a negative impact when used by nonsmokers. Their goal is to maximize the positive while reducing the negative.

“I doubt that vaping has any significant short-term adverse effect on the health of college students,” Blum said. “I’m concerned about Juul, however, because it has one of the highest concentrations of nicotine of any tobacco industry product.”

According to The Centers for Disease Control and Prevention, a single Juul pod contains as much nicotine as a pack of 20 cigarettes.

“Granted, it doesn’t cause any ‘second-hand vapor’ harm to anyone, especially outdoors, but whenever someone near a person vaping sees a cloud of smoke, that person can’t assume that it’s not from a cigarette,” he said.

JUULS AT THE UNIVERSITY

Juuls are popular on college campuses, including the University. Blum said Juul use violates the intent of the smoke-free campus policy, which was extended to all facilities, grounds and parking areas Jan. 1, 2015.

“The flavors might have something to do with the popularity,” said Jason Farese, a sophomore majoring in finance. “They’re convenient, easy to access, easy to use whenever wherever.”

Blum said there are a variety of reasons why using a Juul has become so common, and the first reason is conformity.

Dylan Parker, a sophomore majoring in finance, has been using a Juul for about a year. He said everything about it is easy.

“People have named it ‘the iPhone of e-cigarettes’ because everyone just wants a Juul,” Parker said. “I like Juul-ing personally, but it probably isn’t good for me.”

Instead of switching to e-cigarettes as an alternative to smoking, the University offers support for students with nicotine addiction.

The Student Health Center, the Office of Health Promotion and Wellness and the College of Community Health Sciences/University Medical Center offer help for people who want to quit smoking through apps, assessments and nicotine replacement therapy.

To schedule an appointment with the Student Health Center for nicotine replacement therapy, call 205-348-2778.