Strange Alabama: A trip to the past in Capitol Park 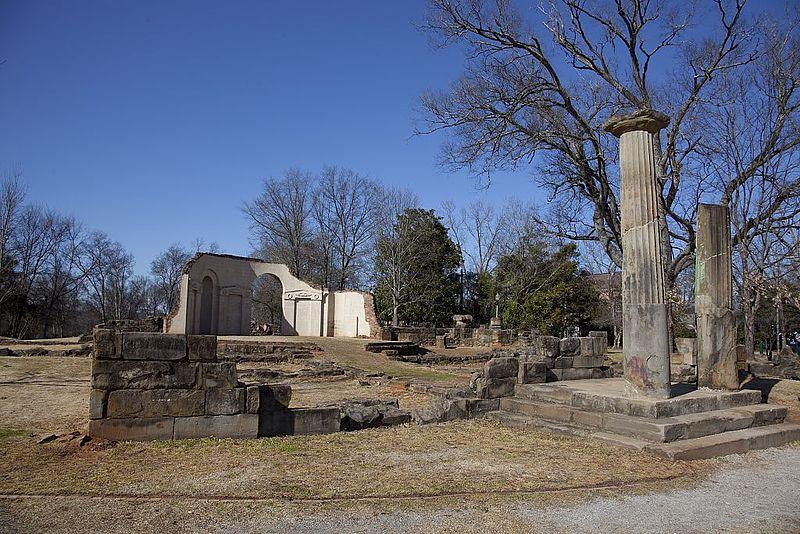 Just a few blocks away from downtown Tuscaloosa sits the ruins of the old Alabama state capitol building. The partial remains of the building’s rotunda and two of its columns sit on a patch of grass, undisturbed by the modern world.

The Tuscaloosa Country Preservation Society, a not-for-profit organization founded in 1966, strives to preserve and bring attention to the cultural and historical heritage of Tuscaloosa County. Capitol Park is one of the historical locations that the TCPS oversees.

According to the TCPS website, the capitol was moved to Montgomery in 1847 and the building then turned into the home of the Alabama Central Female College.

The Tuscaloosa capitol was deeded to The University of Alabama when the capital was moved to Montgomery, and the building was intended to be used for educational purposes. The building itself officially became the Alabama Central Female College. However, in 1923, while a construction worker was doing repairs on the dome of the building, it was set on fire and burned to the ground.

Capitol Park is not only a piece of nineteenth century history, but also an ideal location to get fresh air and have picnics. The land takes up the corner of a block, and the grounds that surround the old capitol building is all grass. Additionally, there is a pavilion located to the side of the park where there is plenty of shade.

“Honestly, I didn’t know what Capitol Park was until someone from Tuscaloosa told me about it,” said Dalton Burkhart, a senior majoring in marketing with a sales specialization. “I had driven by it a few times and just thought it was another park. When I went and walked through and read some things about it I thought it was really interesting and I’m glad that history is still around.”