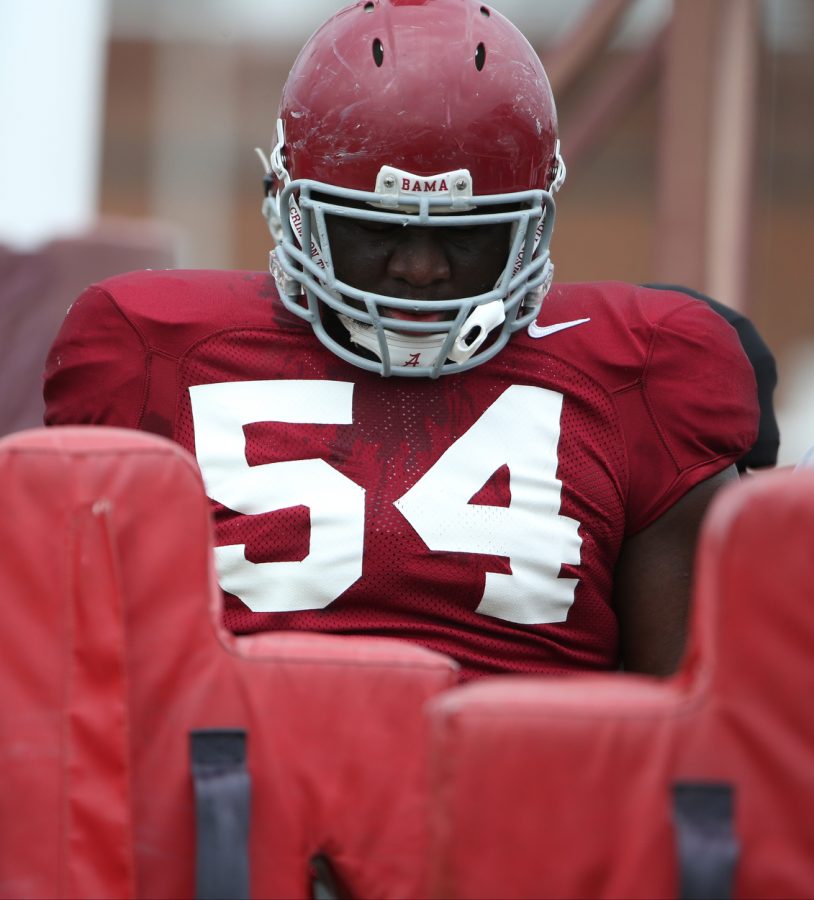 For the Alabama Crimson Tide, Thursday was just the first of many fall practices to come. The sun was shining, the players were working through drills and new defensive line coach Karl Dunbar was wearing what appeared to be sweats.

“Oh yeah, he said he might take those off,” defensive lineman Dalvin Tomlinson said. “Yeah it was a hot one out there today and he was sweating just like we were.”

Tomlinson said practice was just as intense as usual under Dunbar and he thought the line improved today.

When coach Nick Saban addressed the media following the first practice of fall camp, he said his team will face tremendous challenges this year. Some of those will involve talented opponents, but some of those will come from within.

The return of practice also means a continuation of the quarterback battle that began last spring. Saban said he would like to see it resolved sooner than later, but he won’t force an early decision.

Quarterback David Cornwell spent the summer dealing with a foot injury and participated in the first day of practice with limited reps.

“I think all three of the other guys have made significant progress throughout the summer,” Saban said. “Somebody has got to win the job. Somebody has got to be the leader, the guy that can go out there and execute and win the confidence of his teammates and the players that he plays with on offense. I think we have three guys that are all capable of doing that.”

On the other side of the ball, Tomlinson said he spent the offseason working out with several of his teammates, but he looked forward to the start of fall camp.

“Just getting out there with my teammates on the field and just, being coached up again,” he said. “It feels like we’ve been off the field for a good little minute now and just being back out there gives you good little memories of just grinding every day and that’s what I’m used to so it feels good to be back out there.”

Tomlinson said he thought the strength of the defensive line this season will be its endurance. He said the line worked on conditioning so the players could run more plays without needing a breather.

That hard work will be tested if Alabama is going to defend its title when the season begins, but Tomlinson said the intensity hasn’t changed just because the Crimson Tide finished the last season on top.