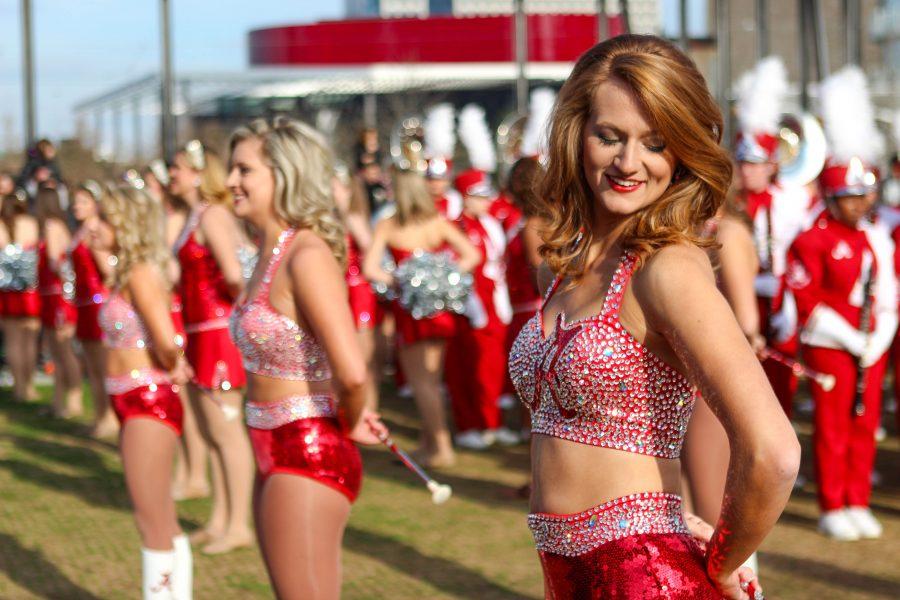 It’s almost time. With just over 24 hours to go before kickoff in the 80th Cotton Bowl Classic and the 2015 College Football Playoff semifinal, the Crimson Tide put the final touches on its gameplan–including sending one player home.

Saban, Dantonio discuss working together at Michigan State Saban: focus, playing with edge keys to victory tomorrow Tony Brown was sent home for a violation of team rules Who follows Coker? 2016 quarterback battle is already taking shape Speaking of Coker, he could be vital to Alabama’s success tomorrow. Here’s why Looking across the line might be like looking in a mirror tomorrow Saban pleased with preparation headed into tomorrow’s semifinal

WATCH (a very long press conference if you really want):

The Million Dollar Band at the Battle of the Bands

It's safe to say @Marvel is ready for the #CottonBowl tomorrow. pic.twitter.com/ZTHSJup4fZ

Pray for it then prepare for it.