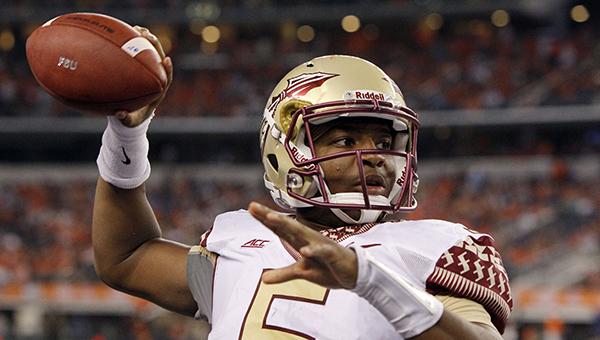 The 2013 Heisman Trophy winner took the Florida State Seminoles to the 2014 National Championship game to defeat the Auburn Tigers 34-31. Winston threw for 237 yards and two touchdowns as Florida State overcame an 18-point deficit. Florida State became the first team outside of the SEC to win the national championship in seven years. After winning the Heisman and national championship, you would think Winston would continue to build on his legacy in college football. Instead, “Famous” Jameis has let his off-field issues outweigh his play on the field.

From a sexual assault allegation in 2013 to stealing crab legs and damaging  property with pellet guns, Winston is getting a reputation for lack of judgment and his immaturity.

Jameis Winston can’t continue to show himself in a negative light. He is drawing a red challenge flag on himself with teams that could drop his draft stock.

Winston has all the talent in world. However, if Jameis wants to stay famous, he is going to have to make smarter decisions.