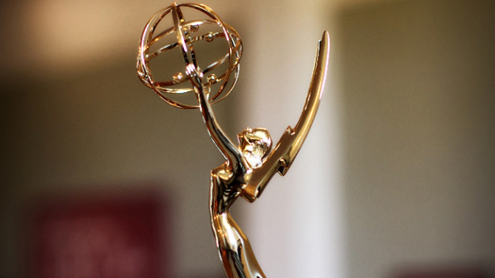 “Discovering Alabama,” a nature television series produced by the University of Alabama’s Museum of Natural History and Center for Public Television and Radio, received an Emmy Award in the 2010 National Academy of Television Arts and Sciences southeast competition, a University press release stated.

Doug Phillips, creator, executive producer and host of the series; Wendy Reid, Center for Public Television and Radio producer; and Roger Reid, writer, producer and director, won for their work on the episode “Discovering Alabama: Alabama in Space,” the press release stated.

“I was proud of the ‘Discovering Alabama’ crew, including the writer Roger Reid, the videographer Mark Harper and our whole team,” Phillips said.

The winners were announced on June 26 in Atlanta, Phillips said. Reid was responsible for submitting the show for consideration for the award.

“It was a pretty big surprise,” Reid said. “We were the only natural history program; most of the others dealt with cultural history and recreational type things.”

“Discovering Alabama: Alabama in Space” highlights the role Alabama plays in space exploration by taking viewers behind the scenes at Marshall Space Flight Center, the National Space Science and Technology Center and the U.S. Space and Rocket Center, the release stated.

“The idea for a show about Alabama’s role in space exploration came about in connection with NASA’s recent 40-year celebration of landing a man on the moon,” Phillips said.

Reid said this is the program’s first Emmy win and second nomination. The previous nomination was for “Discovering Alabama: Alabama’s Black Belt.”

“In doing this show we work with scientists from all over the state, at the space camp and Marshall Center in Huntsville,” Reid said. “We had tremendous support from these folks. We rely heavily on the cooperation from those involved at NASA and the Marshall Center. We couldn’t have done it without them.”

According to the “Discovering Alabama” website, the series was created in 1985 by Phillips and covers all topics of Alabama’s natural history.

Phillips said “Discovering Alabama” is approaching 100 completed shows and is played in classrooms all over the state.