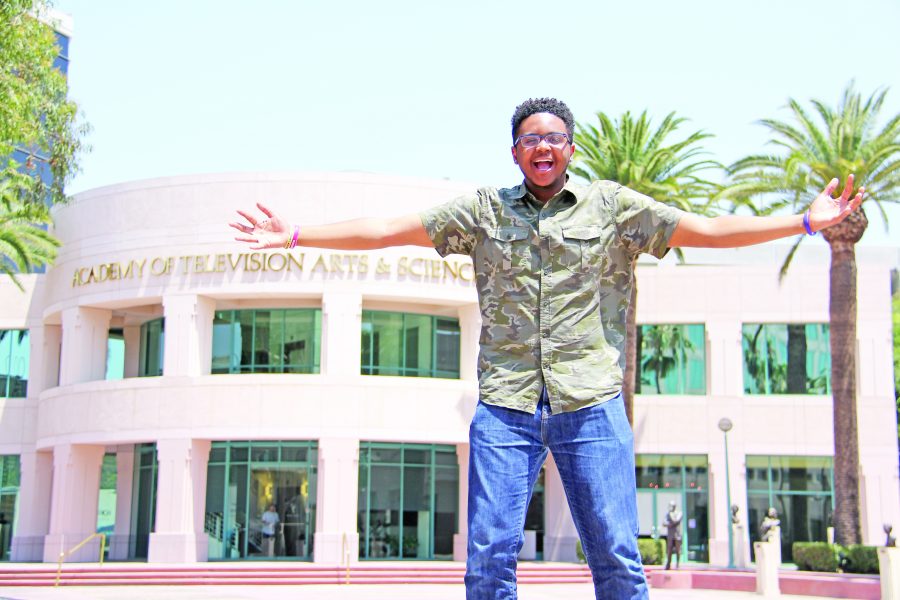 Not many people get to work at their dream jobs immediately after college, but in between going to “Chelsea Lately” show tapings and book signings with Kendall and Kylie Jenner, Daniel Barnes is doing just that.

This summer, Barnes will complete an internship with the Emmys in Los Angeles, California. He’s one of 12 University of Alabama Telecommunication and Film students who have been placed around the Los Angeles area for a once-in-a-lifetime internship program for the next two months.

“In order to be in the program, you have to be a currently enrolled student, so what I did was delay my graduation till August,” Barnes said. “I still did the walk and everything with my class in May, but now when I graduate in August, hopefully I will be able to stay out here. I’m going to be networking the entire summer, so I’m hoping it will land me a job once I finish my internship with ?the Emmys.”

Barnes received the opportunity to apply for the internship through his TCF 444 “TCF in Los Angeles” class, taught by Rachel Raimist. He is only the second University of Alabama TCF major to be selected for the Emmys internship. Out of a pool of more than 2,000 applicants, only 30 are selected nationwide.

The Emmys places its interns at a variety of host companies in the L.A. area. Barnes works in children’s programming ad development at a new network called the Hub, who are partnered with the Hasbro toy company and the Discovery network.

“I’ll be doing a lot of script coverage, and I’ll be in a lot of production meetings about how to get the word out about the Hub network,” Barnes said.

Although the internship only lasts two months, Barnes said he has met people who he will work with throughout his career.

“Networking is everything out here,” Barnes said. “It’s all about asking someone to coffee or taking them to ?dinner. The Emmys really stresses that all of your peers that you’re interning with will eventually be your coworkers in the industry for the rest of your life.”

The internship’s setup resembles a study abroad program where students pay one set price that covers both the class and living expenses.

“The apartments are fully furnished with pots and pans and bedding,” Barnes said. “It’s more like an extended stay hotel. A lot of child actors live here. In the convenience store, there are head shots of all these child actors who used to live here, such as Raven Symoné and Kyle Massey.”

Last year, Barnes didn’t make it past the first round when he applied to the program. This year, Raimist pushed Barnes to apply again and really go for it, which he did. Unlike his previous cover letter, which Barnes said he treated like a bank statement, this year’s needed to stand out. Barnes said he wrote his cover letter as a narrative about his life and why he loved film.

Raimist helped Daniel throughout the application process, meeting him five to six times in person and also via Google Hangout for several hours at a time.

“I think seeing that most of the interns come from USC, NYU and other top film schools in the country motivated him to really spend a lot of time preparing his materials,” Raimist said. “I think he was open to suggestions and ?feedback.”

In addition to helping Barnes, Raimist hosted an “LA boot camp” orientation in November of 2013, where she went over resume formats and cover letters. Then, she met with each student many times in the Spring to go over application drafts.

“When a student’s life, dreams and career are impacted by an experience I can provide, it is amazing,” Raimist said. “If a lesson I teach on writing the opening paragraph of a cover letter can help get one of my students the top internship in our field, it feels worth all the time and ?energy I spend ‘producing’ this course.”