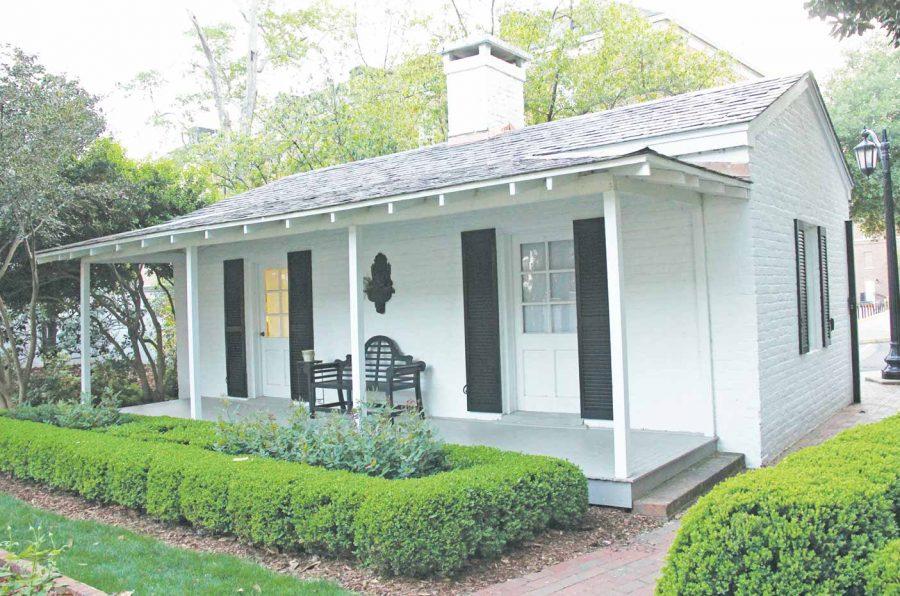 Benjamin Flax has been fascinated with the South’s complex history with slavery, civil rights and the black experience since he was 10 years old, and now the senior majoring in religious studies and history is sharing that fascination with other students and members of the community through a month long exhibit looking at The University of Alabama’s history from the slave era.

Flax has been researching the University’s ties to the Civil War and to slavery for about a year and a half and will present some of the materials he has studied in an exhibit at Gorgas Library during the month of February.

“My first focus was looking at a lot of the monuments around campus that deal with the Civil War and how that reflects on our memories of those years,” Flax said. “This year, however, the fall semester, I came up with this idea of looking at the other side of our involvement leading up to the Civil War and that was with slavery, and what with The University of Alabama that was exactly.”

He has been doing his research as part of an independent study class, and he said his main goal is for the University and for students to properly acknowledge the depth of the history of the school. Flax said similar projects at other schools have given recognition to the slaves that contributed in many ways to the history of the institution.

“The efforts today, across the board, appear to be trying to give back at least some form of recognition. While it can never be to a proper caliber, what it’s doing is recognizing individuals who allowed for us to get to a certain point in society where we are now,” Flax said. “What we can do, since it is in our history, is recognize what it was and who these people are and what they contributed in creating the University that we’re on today.”

Flax said his research has shown that the University owned slaves and used slave labor in both the construction of the campus buildings as well as domestic services.

“It’s all been very fascinating, surprising and interesting, but it’s really the day-to-day routines that I have found to be the most important,” he said. “When you look at slave labor for building the buildings or planting the trees, creating the gardens, while all of that is interesting, shocking or however you want to look at it, what I’ve found to be the most interesting was the domestic use of slaves which was cleaning out fireplaces, supplying firewood to the dormitories, bringing water into the lecture halls, even removing bed pans.”

Flax has found documents including bills of sale and receipts that show that the University owned or rented slaves for much of the school’s early history up until the Civil War.

“The University did own slaves. It looks like at one time they owned up to four slaves, and they were owned by the Board of Trustees,” Flax said. “There were also slaves that were kind of ‘rented’ from other individuals, be it faculty members, presidents and also members of the surrounding communities, and they were sometimes rented for up to a year, sometimes just a couple of days.”

“The latest record I’ve come across is in late 1860 and it’s one of the proctors who went up to Virginia with $7,000 to purchase slaves for the University,” he said.

Flax said his research has meshed well with his plans to continue to study the legacy of slavery in modern times.

“I’m very much interested in the public memory of slavery, which includes cinema, literature and memorials and how in modern society, we represent the images and memory of slaves and how we can either better that or use that for good,” Flax said.

The exhibit is intended to present the documents and materials Flax has been studying to a wider audience than if he simply published his research in an academic journal.

“The issue for me with academic writing is that it only circles around the academic community,” Flax said. “Having an exhibit allows for students and members of the community to come and see the original documents and read the transcriptions of what the University was with regards to slavery and how all of that played into the creation of the University.”

The exhibit will be housed in the Williams Americana Collection on the third floor of Gorgas Library and will be open during regular library hours starting Feb. 3 and running throughout the month of February.