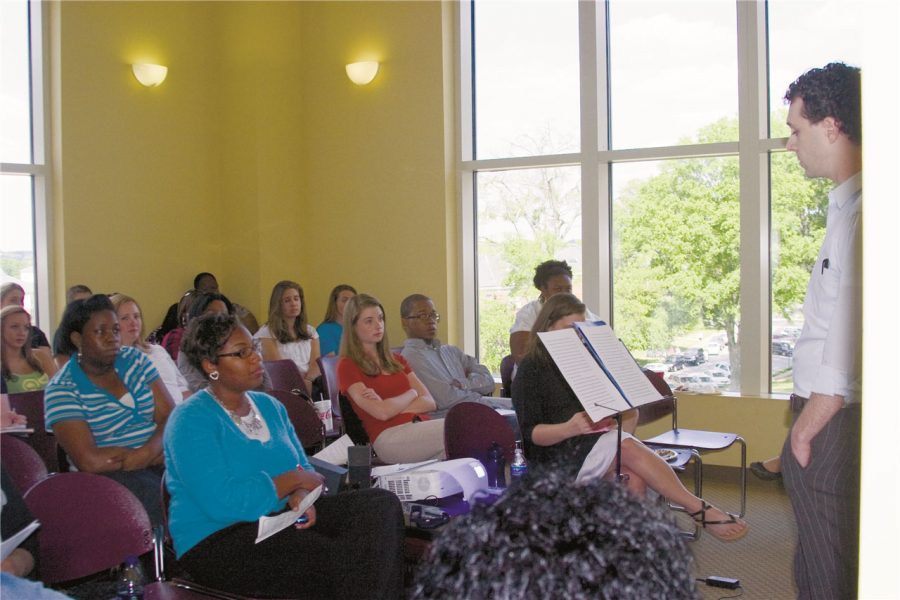 Brittney Cooper, an assistant professor in the department of gender and race studies, and her students hosted the conference, titled “A Woman’s Work is Never Done: Raising Hell and Dismantling the Myth.”

Throughout the day, each student in the Black Feminist Thought class presented speeches on such topics as combating controlling images of black women, art, music and performance, everyday challenges and contemporary issues.

Presenter Amanda Reyes, a senior majoring in philosophical studies in literature, art and film said she signed up for this class because of its relevance to everyday life.

“I signed up for this class, because I wanted to see how black feminist thought influences art, film and literature,” she said. “This class has never been offered before, and I think it’s relevant to every field of study.”

Throughout the semester, students worked with a black feminist theorist.

“The point of the class is to look at black feminists throughout history and engage with the ideas of the theorist and think about their ideas in terms of contemporary issues,” said Emily Unnash, a graduate student studying gender and race studies.

Unnash said the goal of the conference was to inform the broader public of what black feminist thought entails, as well as convey its importance and necessity considering the history of the campus.

“Only 47 years ago, George Wallace stood in front of the doors of Foster Auditorium and tried to block Vivan Malone and James Hood,” she said. “The point is to give black women’s voices a place to be heard.”

The class was cross-listed and open to both graduate and undergraduate students, Unnash said.

“A class like this has never been offered at the University, and it’s a great opportunity to get on board with something new and fresh,” said Alexander Parks, a Ph.D. student in curriculum and instruction.

Parks said the class involves talking about lived experiences and happenings in society. He called people who ignore the issues at hand a part of the problem.

Owens and Parks discussed how disturbed they were when they saw girls wearing sorority shirts with the Confederate flag on the back.

“We are bringing change in a place like Tuscaloosa where people still hang Confederate flags,” Owens said. “We need classes that focus on different perspectives because people of color are often silenced here.”