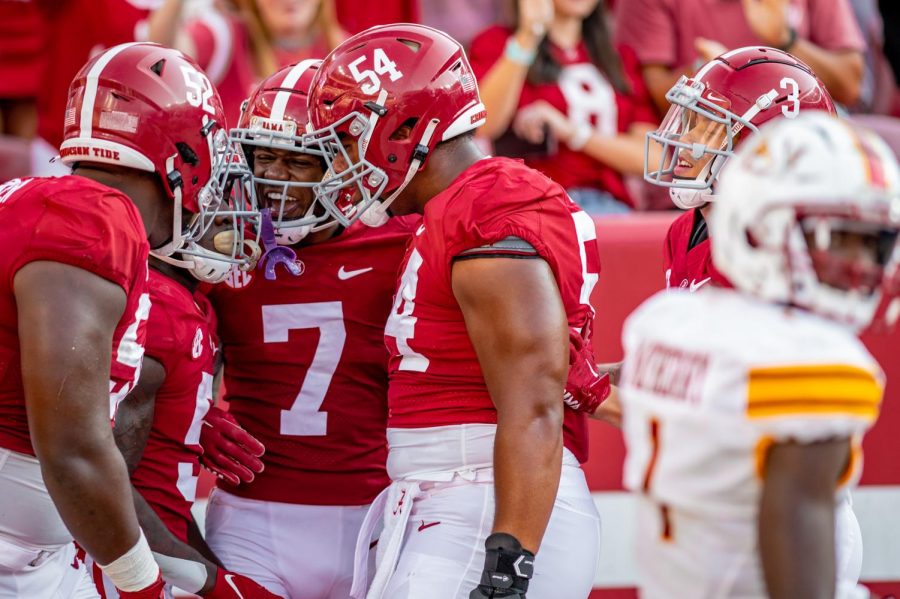 It’s the third Saturday in November. That means one thing — it’s cupcake week.

It’s a tradition like no other. In the penultimate week of the season, prior to Rivalry Week, the SEC and a lot of college football is full of mismatches. With the addition of the University of Texas and the University of Oklahoma to the conference in the near future, these games may not last much longer.

But let’s enjoy it while it’s here — or not.

No. 8 Alabama is joining in on the fun, welcoming FCS opponent Austin Peay to Bryant-Denny Stadium. The Governors (7-3, 3-2 OVC) sit just outside the FCS top 25.

For those who don’t know, the FCS is a tier below the FBS, which the Crimson Tide plays in. So not only is Alabama playing a much lesser opponent, it is once again dabbling in the minor league of college football, if you will. It usually does this once a year — the weekend before the Iron Bowl.

The mauling of a lesser opponent the week before Thanksgiving has become a tradition for the Crimson Tide. However, there were two exceptions — sort of.

In 2011, Georgia Southern University came to town and scored 21 points on Alabama in a season where it won the national championship with the best defense in the country. The Eagles’ 21 points were the most scored by a team on that Crimson Tide defense all season. Georgia Southern rushed for 302 yards on an Alabama defense that was immovable for the entirety of the season.

And it led to a legendary quote from head coach Nick Saban four years later in 2015, prior to the Crimson Tide’s game with the aforementioned Charleston Southern.

In the most recent tangle with a team from the FCS, the Crimson Tide struggled again — for a half. The Citadel played 30 minutes of equal football with Alabama in 2018, taking the Crimson Tide into the break with a 10-10 tie. Alabama eventually won 50-17.

The Crimson Tide has played plenty of teams from the FCS over the years, but it will be the first meeting in the school’s history with Austin Peay State University.

“[Austin Peay is] ranked in the top part of their division in just about everything they do,” Saban said.

Saban said the key to this week is practicing like his team is in a championship-caliber game on Saturday.

“Nobody should be able to come to practice and watch practice and be able to know who we’re playing this week,” Saban said. “I think that’s the culture that we’re trying to create. I think a lot of them do it well. Some of them are learning lessons on how to do it well.”

It will be an early morning for Saban and his team, who play in the first slot of games on Saturday morning.

“There’s really no advantage to playing at 11 o’clock other than you’ve got to get up early,” Saban said. “When you get out of bed and your feet hit the ground, you better be ready to go. That’s players and coaches alike.”

A matchup with Auburn in the Iron Bowl awaits Alabama in a week’s time, but first it’s a matchup with the Governors.

Kickoff from Bryant-Denny Stadium is set for Saturday, Nov. 19, at 11 a.m. CT on ESPN+ and SEC Network+.