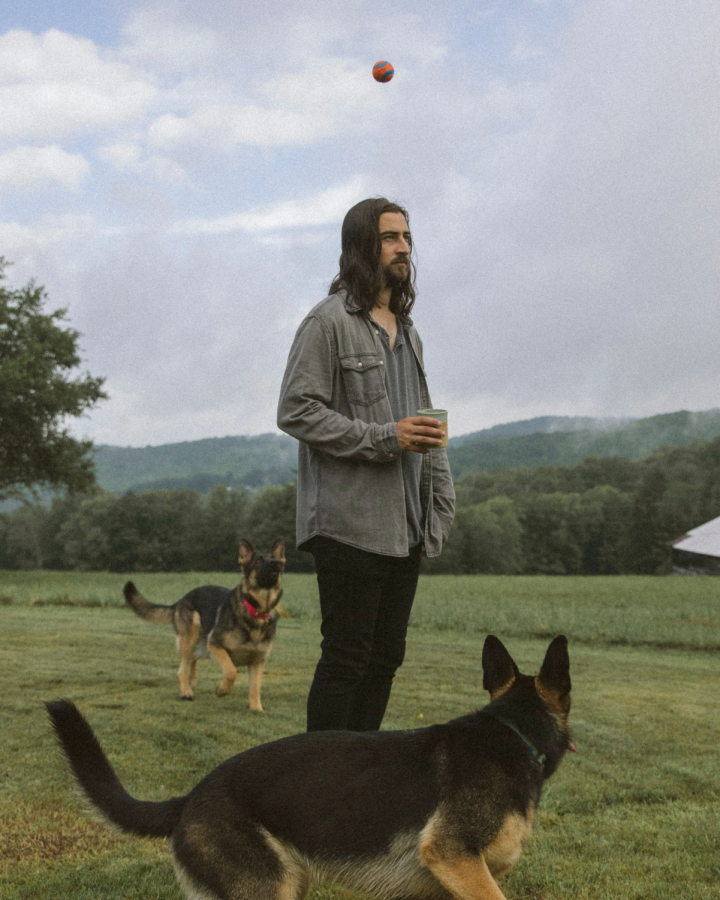 As the weather cools and the leaves fall from the trees, it is becoming more apparent that we have entered stick season, which is a term used in Vermont for the transition between fall and winter. On Oct. 14, 25-year-old singer, songwriter and Vermont native Noah Kahan shared with the world his beloved album, “Stick Season,” a perfect blend of acoustic folk and alternative rock.

Kahan’s popularity began growing in early 2017 following the release of his single “Young Blood,” which hit 2 million streams. It wasn’t until he performed on The Late Show With Stephen Colbert that he gained traction.

“I wrote ‘Young Blood’ when I was 17, and I am still proud of it. The song is mostly about how I felt left behind when my friends graduated high school and went off to college, meanwhile I was left in my small town to try and further my music career,” Kahan said at his concert in Birmingham in 2021.

In 2018, Kahan wrote and released the song “Hurt Somebody” with Grammy-nominated artist Julia Michaels, and shortly after released his debut EP named after the single. And in 2019, these songs were released on his first full album, “Busyhead.”

“Kahan has become one of the most recognizable forces in acoustic indie-pop over the past five years, thanks to his alpine voice and sucker-punch-to-the-heart lyrical style,” said Billboard Magazine.

Although Kahan’s platform is small, he has gone from performing in small venues, such as Saturn in Birmingham, Alabama, to hotspot venues like Red Rock Amphitheater in Morrison, Colorado in just one year. It all ties back to the album’s titular single “Stick Season,” which became popular on TikTok following its release on July 8.

The night before the release of the album, Kahan told his audience at his concert in Atlanta, Georgia, that the album is about places.

“This album is about places. Unlike my previous albums, ‘Stick Season’ tells the story of my hometown and all the feelings that reside there,” Kahan said.

Growing up in the small town of Strafford, Vermont, Kahan’s new album embodies the feeling of nostalgia and homesickness, but also familial and romantic love. This is evident in his song, “Northern Attitude,” which is one of the most epic and introspective songs on the album.

“I wanted to write a song about that loneliness, and what it means to the way we exist and the way we approach relationships. All that time in solitude can bring about clarity in oneself, and I believe this song is an exploration of that self-realization,” Kahan said to Enigma Magazine.

“Homesick,” one of the most listened-to songs on the album has also gained some popularity on TikTok. Much like “Northern Attitude,” the theme of the song is centered around growing up in an isolated small town. To Kahan’s surprise, it has become one of the most relatable songs on his album. Following the lyric, “I’m mean because I grew up in New England,” people have been ad-libbing their own hometown into the song.

“I didn’t know that so many people could relate to growing up in a small town,” Kahan said in a Q&A session in Atlanta.

In fact, for listeners who grew up in the small town of Tuscaloosa or attend The University of Alabama, this album may resonate. Students may relate to songs like “New Perspective,” which has a lyric, “The intersection got a target / and they’re calling it downtown.”

As Kahan prepared to step off the stage in Atlanta on Oct. 13, his second night of the “Stick Season” tour just hours before his album release, he fondly told his fans that this album changed his life. Day by day, he gains more listeners and fans, building to a place in his musical career that he always dreamed of being.

With fall in the air and winter quickly approaching, there isn’t any reason “Stick Season” shouldn’t be an anthem to Tuscaloosa’s most charming season.