Opinion | Bryce Young should sit out the rest of 2022 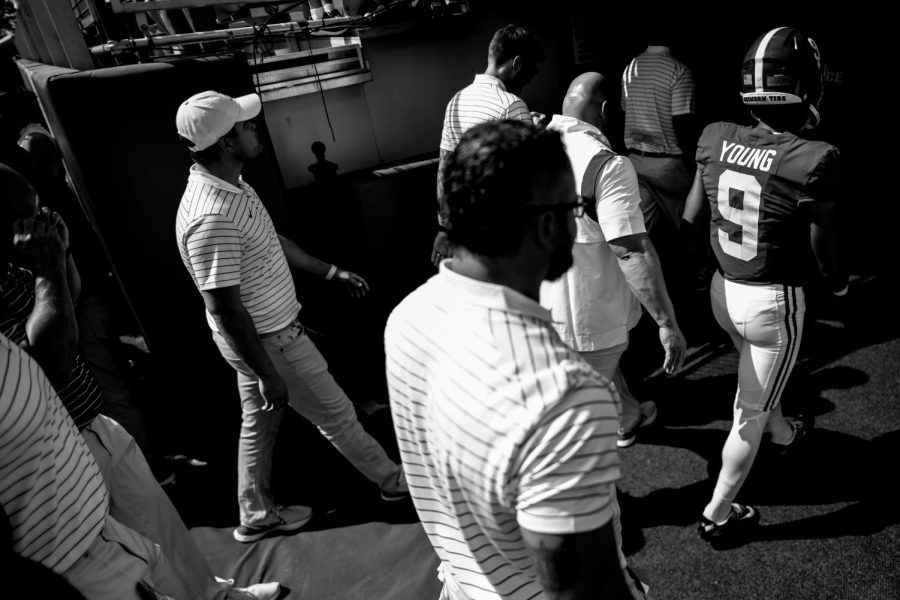 After a heartbreaking loss to LSU on Saturday, marking its second loss of the season, the Alabama Crimson Tide football team is left searching for answers as to what happened.

So, what’s next for Alabama, specifically for junior quarterback Bryce Young?

Coming off a Heisman-winning season in 2021, throwing 4872 yards with 47 touchdowns and just seven interceptions, Young led the Crimson Tide to a national championship appearance where the team fell short to Georgia.

With Young back for his junior season in 2022, expectations were through the roof as Alabama was ranked No. 1 in the preseason AP poll and was once again favored to win what would be its 19th national championship.

Approaching the conclusion of the college football season, Alabama stands at 7-2 and is on the outside looking in at the CFP. Young’s path forward is clear — he should sit out the rest of the season and begin preparing for the 2023 NFL Draft. The decision is a simple one. Why would the best quarterback in one of the most prestigious and decorated programs in the country want to risk injury in his draft-eligible year, playing behind an offensive line that ranks as one of the SEC’s worst, and playing in meaningless games that won’t have any implications on the team’s national title hopes?

On top of that, Young has basically nothing left to prove as the Crimson Tide’s quarterback. He has done everything for this team that a fan or coach can possibly ask for, winning the 2021 Heisman Trophy, AP Player of the Year, and being a 2021 Consensus All-American.

Young is widely regarded as likely top-five pick in 2023 NFL Draft — so why continue playing and risk that changing?

Young not playing can be beneficial to Alabama in the long run because there is currently no plan for a starting quarterback to succeed him. Alabama can play backups Jalen Milroe and Ty Simpson to see what they have in each player and have more time to prepare the heir apparent in a lost season for the Crimson Tide. Milroe showed flashes in Alabama’s win over Arkansas, and Simpson was a five-star coming out of high school. It’s time to see what we have in store for the coming years.