Student loan debt relief: Is it enough and is it fair? 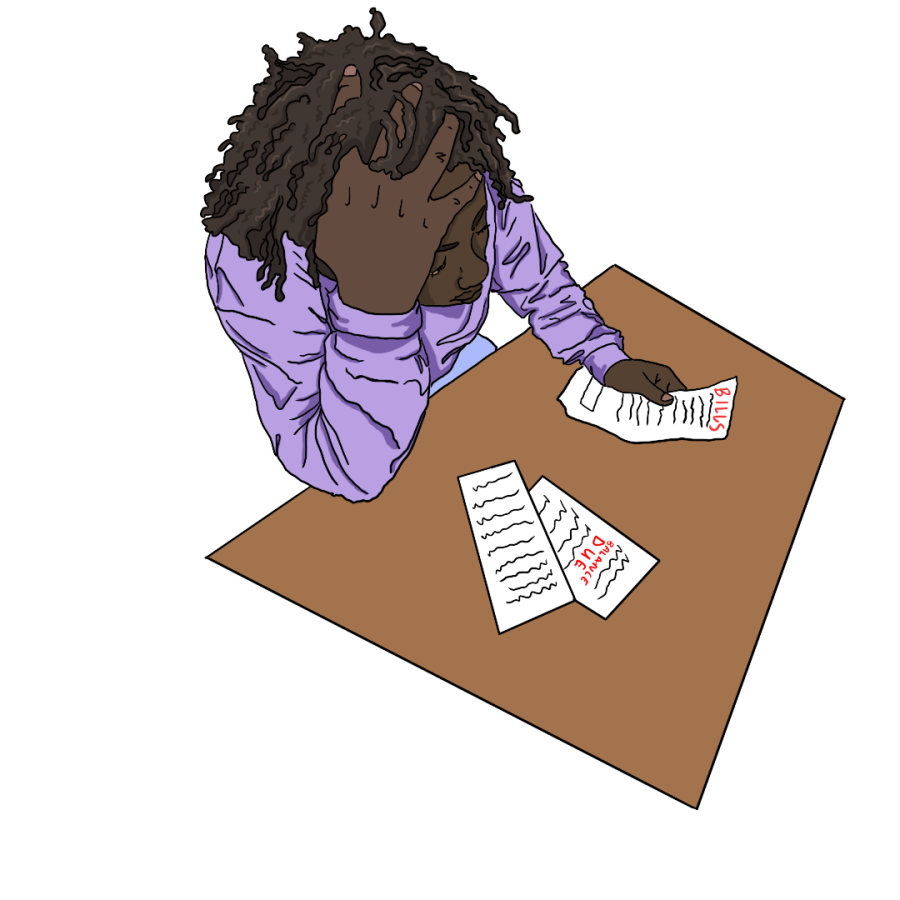 On Aug. 24, President Joe Biden announced his three-part plan on student loan debt forgiveness, following through on a promise that was made during his presidential campaign.

For some of the more than 45 million people across the United States who shoulder the burden of student loans, this program could be life-altering for those who have been distressed with concern about loan payments.

“I feel like the plan is honestly very good given the current political polarization in this country and rise in college tuition costs,” said Aliyah Gordon, a senior majoring in creative advertising.

Gordon explained that even though the plan is not the best it could be, she feels relieved that more than half of her student loans will be forgiven under this legislation.

“This plan will be a huge benefit to me and my family,” Gordon said. “Being a person who has been educated on the process of paying off debt and the way you have to live in order to pay it off, I can’t help but think about how much less of a sacrifice that I will have to make in order to pay off my debt.”

Despite the indisputable good that this promise will do, it’s important to put this historic moment in perspective. The responsibility of taking care of America has fallen into the laps of middle-class families and students, from the disparity in taxes paid compared to the wealthy to the accruement of student loan debt.

According to Forbes, the total current amount of student loan debt owed is around $1.75 trillion. This staggering figure makes student loan debt the second-highest consumer debt category, second only to mortgage debt.

The United States has a long history of economic bailouts that have saved the banks and Wall Street, as well as the auto and airline industries. Biden’s student loan debt forgiveness works in a similar manner, except it directly helps the working class.

Back in 2008, the federal government was willing to bail out banks after their risky lending practices that devastated the economy.

Paulson wanted to take these debts off the books of the banks, hedge funds and pension funds that held them, with the goal of renewing confidence in the global market system.

What about renewing the confidence of millions of Americans that have put off buying houses and starting families because of the cloud of debt that hovers over them?

The billions of dollars that have been poured into restoring the airline industries after the impact of COVID-19 should be a reciprocated transaction for the people of this country who can only be faulted for trying to enhance their life with a college degree.

Beginning as early as middle school, Americans are told that to attain the “American dream” and be successful, they must stay in school and get a college degree. Education is considered the great equalizer to those opportunities.

That confidence in millions of Americans being able to live out their white-picket-fence dream has waned because of the insurmountable debt that has impeded them from living the lives that they truly want.

It should also be noted that in 2017, former President Donald Trump and Senate Republicans passed the Tax Cuts and Jobs Act of 2017, a $1.9 trillion handout for corporate America and the ultrawealthy at the expense of working- and middle-class families. Writing off every penny of student loan debt would cost less than Trump’s tax cut for corporations and the top 1%.

Forgiving student loan debt is a big win for both the Biden administration and for many Americans who have been encumbered by student loans for most of their adulthood after college — but is it enough compared to the billions of dollars that have been granted to the ultrarich, the airline industry, the banks and even members of Congress? Is it even fair?

This country is not where it used to be in terms of a person being able to put themselves through college by working a job on the side.

According to the National Center for Education Statistics, in 1970, the average in-state tuition and fees for one year at a public nonprofit university was $394. By 2020, that amount skyrocketed to $10,560, an increase of 2,580%.

However, minimum wage hasn’t come close to keeping up with the increase in college tuition.

Compared to the astounding increase of college tuition between 1970 and 2020, the federal minimum wage rose from $1.60 to $7.25 per hour, representing a modest increase of 353% as stated in the Intelligent.

This country has shifted from investing into the minds of the many to appeasing the pockets of the few. If the U.S. truly cares about its people and improving its economic standing, it must acknowledge the impact of human capital and place more attention on accessible and affordable higher education.