How President Stuart Bell’s income stacks up to Alabamians’ 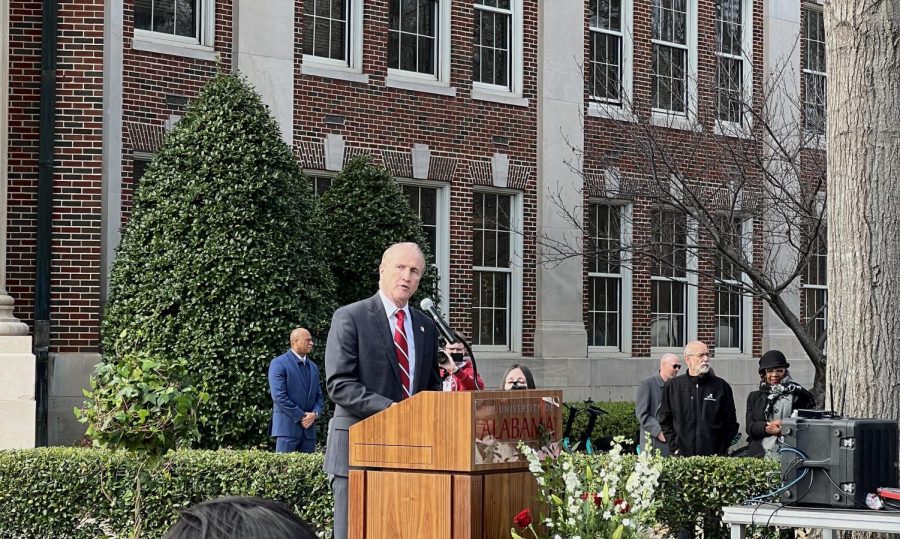 Editor’s Note (9/19/2022): This story was updated to include the correct link to the UA Open Expenditures Database.

University of Alabama President Stuart Bell makes more in one month than the average Alabamian makes in a year.

According to The University of Alabama Open Expenditures Database, President Stuart Bell makes $62,056.18 per month.

When asked how they felt about the comparison of Bell’s salary and the average yearly salary of an Alabama resident, students were split.

Jamie Papazis, a junior majoring in fashion design and Spanish, said the difference was unreasonable.

“I think it’s absurd. That’s 774K a year. Even at the most high-end jobs, people don’t make that much. There’s literally no need for one person to have that much money,” Papazis said.

“He is the president of a very large and successful university that brings in tens of millions of dollars per year, and the President has much to do with the success of the University.” Wilks said. “He certainly deserves to be compensated well for all that he has helped achieve with growing UA into what it is today,” Wilks said.

“However, I would agree … that he is a bit overpaid. Upwards of $700k per year is a lot considering the struggles that some people in the Tuscaloosa community have, and how even a sliver of his salary could be very beneficial to that community,” Wilks said.

A survey was conducted regarding the “base pay, bonuses, and benefits” of 196 public-college presidents by The Chronicle of Higher Education. The survey was published on Aug. 17.

Part of the methodology for the survey was that the “compensation value” of these employees reflected what institutions accrue.

Had The University of Alabama been included in the survey, Bell’s total salary would have been within the top 50.

While Bell’s salary was not included in the survey, employee salary information can be found in the UA Open Expenditures, according to Shane Dorrill, assistant director of communications.

The Chronicle of Higher Education said an open record request to the University “had not been fulfilled by publication time.”

Dorrill said “neither UA nor the UA System Office received an open-record request” requesting this information from The Chronicle of Higher Education.