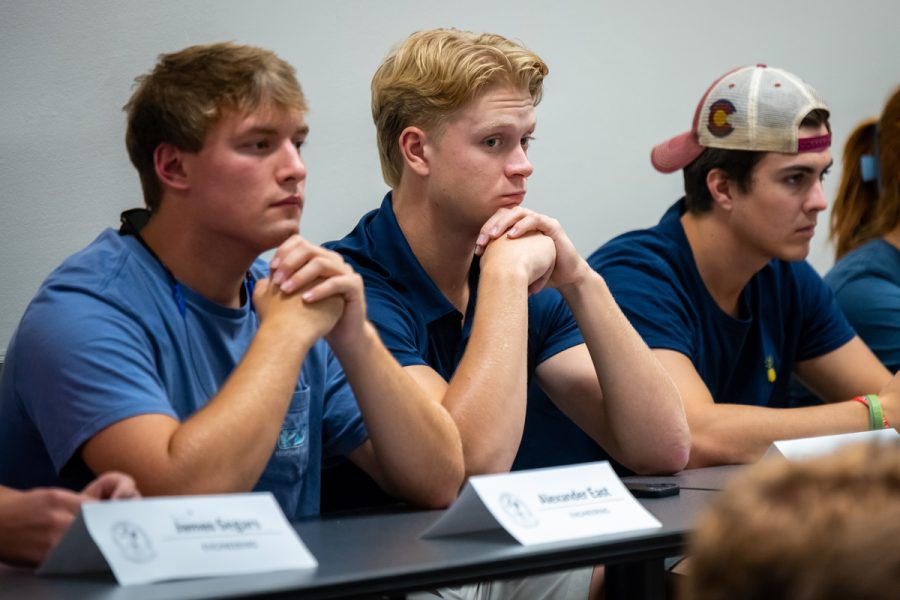 The Student Government Association has reached a critical impasse, and student accessibility hangs in the midst. Several recent actions, from the legislative to the judicial branch, have major impacts on how and when students can engage with the SGA.

Independent senators are leading a new wave of transparency as they publish their individual voting records. College of Human and Environmental Sciences Sen. Karina Collins, the School of Social Work Sen. Elizabeth Prophet, and College of Arts and Sciences Sen. Tyler Tannehill have taken it upon themselves to ensure accountability when no one else will.

While this step is good news, it should be shocking that it is not already commonplace. The University of Alabama Student Government Association was the Student Government of the Year award recipient at the SEC exchange, but a quick glance at competing campus websites shows that we are significantly behind the curve.

Then again, who’s to say students even deserve to see what’s being voted on? Last week, the Judicial Board nullified an Act passed in 2021 that required the public posting of senate dockets before meetings.

After SGA posted an incorrect docket for the Aug. 25 meeting, students Garrett Burnett and Sarah Shield filed a complaint against SGA Executive Secretary Josie Schmitt and Speaker of the Senate CJ Pearson. Ironically, Sen. Pearson was the author of the Act he was being charged for violating.

The Judicial Board found that Pearson and Geiger were not responsible for ensuring a correct docket was in place. Chief Justice Caleb Thome’s opinion of the Court found the legislation to be incorrectly passed as an Act and “categorically unconstitutional” without a method of enforcement.

Thome mentioned that new legislation could be passed in the correct form, but this must be a point of emphasis for this year’s Senate. Publishing Senate dockets is a necessary step to ensure the general student population has access to the legislators they elected.

The Judicial Board’s decision came after another botched Senate session that prevented student input. President Madeline Martin issued an executive order to call a special Senate meeting on Aug. 20 that would “consider adoption of new Senate Rules and appointment of Senate Officials.” That meeting was not announced to the public, and the Judicial Board nullified all actions taken.

Transparency and accessibility should not just be talking points. They are the bare minimum expectations of an effective SGA member. When the SGA fails to uphold transparency and involve students in the process, they lose the legitimacy those individuals granted them through elections.

There are a variety of actions that the Student Government Association can take toward accessibility.

Sen. Tyler Tannehill introduced a bill to establish electronic voting, seeing it as an opportunity “to honor [SGA’s]oath to serve all students.” While it is currently in the new public committee system to establish the semantics, it offers a major step toward transparency that allows constituents to check the individuals they elected.

Then there’s the opportunity to update Sen. Pearson’s nullified Act to publish the Senate’s docket prior to meetings. Passing a version that doles responsibility to an individual in the legislative or executive branch would ensure students have access to Senate proceedings and have a means of recourse when necessary.

Last year, Sen. Lauryn Parker and Sen. Andrew Bregman authored a resolution encouraging the implementation of a TV screen outside the SGA office so that students could know when their appointed senators would be available.

Their resolution passed and was supposed to be enacted by the beginning of the Spring 2022 semester, but a TV screen still has not been installed. Following through with this legislation would allow students to access the senators they elected with questions and policy proposals.

The Senate now hosts biweekly public committee meetings that allow students to become engaged with legislation. So far, a Senate DEI Committee Meeting has been advertised, but these meetings should be an advertising priority for the SGA as a route to get more students involved in the process.

No matter the policy or program focus, SGA must keep accessibility and transparency in the forefront. There have been a number of steps in the right direction this year, but there are also areas of concern that must be addressed.

Whether it’s introducing a new constitutional version of the Act requiring publicly posted Senate dockets, installing a TV screen to display available SGA representatives, or passing Sen. Tannehill’s Bill instituting electronic voting, the SGA has a variety of options they can act on to prioritize their constituents.

SGA has a duty to involve students in the administrative and legislative process. As representatives elected by the student body, every effort should be made to include constituents in the process. Without their voices, SGA loses the legitimacy their electors give them.